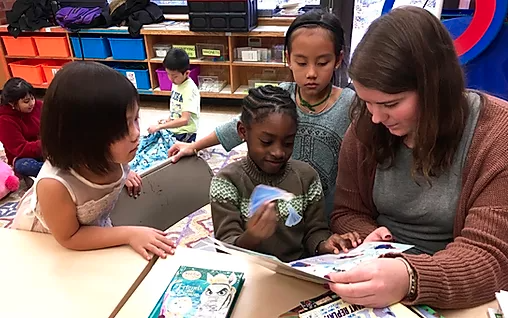 TEF at a Glance

The Technology Education Foundation, a non-profit, 501(c)(3) also known as “TEF”, is an invaluable resource to Dane County and the greater Madison area.

TEF funds and supports community organizations and groups that provide important technology resources and technology education to residents – especially those who help close the “technology gap”. TEF funds benefit children, teens and adults of all ages who do not have access to or have only limited access to technology.

The Foundation was founded in 2004 by Jim Berbee, the founder of Berbee Information Networks Corporation (now CDW). If the name Berbee sounds familiar, it’s likely due to the Berbee Derby, the 5K & 10K run/walk event that has become the classic Thanksgiving Day tradition in the Madison area. TEF’s direct ties to the event mean 100% of proceeds from the Berbee Derby fund TEF.

How It All Began

Native Madisonian Jim Berbee, founder of Berbee Information Networks Corporation in 1993, is also a veteran runner. Some years back, he came across an article in the Wall Street Journal about Thanksgiving Day runs and learned that 5K and 10K races on this big holiday were common all over the country, and were very successful in both attracting participants and in raising funds. To Jim, it seemed like a no brainer that a strong running community like Madison would support such a race, and that it could potentially raise a good bit of money for a worthy cause.

So Jim and his staff set out to create an event and race that would and run it near the company’s headquarters in Fitchburg. Thus the Berbee Derby came to be, with its inaugural year in 2004.

But the big question needed to be answered: what was the worthy cause that the Berbee Derby would support? Eager to find something that would be in line with the company’s activities and philosophy, Jim and company CEO Paul Shain hit upon the idea of a cause to help promote the use of technology in classrooms and non-profit organizations – something for both youth and adults.

“Technology changes so quickly, and it’s important that people of all ages are exposed to it,” Jim explains. “The problem is that it’s also expensive, and there really wasn’t a good source of private funding dedicated to it in Madison.”

And so, the Technology Education Foundation was born, and became the designated beneficiary for 100% of the proceeds from the annual Berbee Derby.

Click here to read more about our financial impact.

"It is hard to find funding for technology – the Technology Education Foundation fills that gap."
— Grant Recipient —
"TEF was founded with an important objective – to help close the technology gap among people of all ages and all abilities. Technology changes very quickly, and it’s important that everyone is exposed to its many aspects and is able to use it as a valuable tool in all aspects of life."
— Jim Berbee, Founder of TEF —
"TEF is working to close the 'technology gap' in our community."
"TEF funds forward-thinking community groups, as well as education, technology, and science-focused organizations throughout Dane County."
"The Technology Education Foundation partners with organizations that support the idea that technology is a crucial asset and tool. We believe that every member of our community must have access to the power of technology."

Powered by the Berbee Derby

Did you know that 100% of proceeds from the Berbee Derby go to the Madison-based Technology Education Fund (TEF)? The annual Thanksgiving Day event has become a family tradition for many. Fun event for all ages and levels.